Resources in Response to The Daily Courier Article
​Join Now! 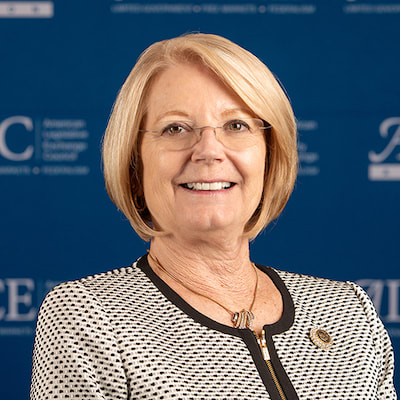 Senator Karen Fann
​Senator Karen Fann (AZ-District 1) is a lifelong Republican, raised on conservative rural values by her hardworking parents, Jim and Sylvia Fann. She moved with her family to Prescott at the age of four.
​
Growing up in a family with a strong work ethic made it natural for Karen to start her own business. Karen launched Arizona Highway Safety Specialists, Inc.(AHSS) in 1984 – with just $500 in her pocket. Her drive and determination to succeed turned Arizona Highway Safety Specialists into Arizona’s largest installer of roadway guardrails and signage.

Karen and husband, Jim McKown, also owned and operated the FANNM Ranch for nearly a decade. The FANN-M Ranch, an equine facility, boarded horses and produced equine competitions. Karen and Jim also and worked closely with area 4-H Clubs and other nonprofits to organize and sponsor community fundraisers at the Ranch.

Prior to becoming a local business owner, Karen gained four years of experience in the legal field and ten in the airport/ airline industry; she later obtained her license as an Arizona Realtor. She is a licensed contractor with the Arizona Registrar of Contractors, past president of Yavapai County Contractors Association, and past president of the Prescott Chapter of the National Association of Women in Construction.

Her dedication to community has led Karen to serve on numerous committees and boards, representing Central Arizona, as well as the Town of Chino Valley, where she was Mayor for six years. Her four years of service on the Prescott City Council included Mayor Pro Tempore. Karen is currently serving her second term in the Arizona State Senate as Senate President and Chair of the Rules Committee.

Follow us on:
​Information on this website is provided for educational purposes only and as a courtesy to our members.  The content provided may be from secondary sources.  The sources are solely responsible for its contents and we provide these to our members to support their personal educational goals.   Videos and other information were selected because they represent material consistent with our founding principles.
Copyright 2022 all rights reserved